As a designer or engineer, you can look at a machine. And sometimes you just can’t tell what a part does. Maybe it does nothing—this happens. Some idiot creates a completely useless part, or the design process left an orphaned part.

The naive go-getter says, “Let’s take it out right now!”

The wise man knows better. “We could take it out. Maybe we shouldn’t. Let’s look more carefully first.”

The machine was made as a whole, and blindingly removing a part may cause even more undesirable operation. Maybe. But you certainly don’t assume it’s useless and then remove the part in every machine on a production line just to “see what happens.” That’s not process-driven. It’s ad hoc. It’s the way to surely cause problems.

You go slow enough. You try to figure out what it does. You make a calculating decision. You test. In the absence of time pressure, you try to avoid making a really stupid, short-sighted decision.

The problem we have with the Second Amendment is pretty similar. A lot of people perceive it as a useless do-nothing part that’s—only suddenly—causing a lot of problems.

The only people who ask questions like this are consistently unable to describe what the Second Amendment says, why it was adopted, and who it applies to.

They can’t explain what the part was supposed to do (even though the instruction manual clearly explains its purpose) but they want to remove it?

Fine. I don’t want this to be an American History lesson.

In June 2012, Venezuela announced a ban on private gun ownership. Ostensibly, to combat the 18,000 murders that occurred every year. That’s how civil rights infringements happen. Always in the name of general “public safety”.

Of course, military and police were allowed to keep their weapons. Again, for public safety…

Sane people would never perceive this as inherently safe. They perceive it as, well, very dangerous.

Flash forward to 2017, 2018, and 2019. The Venezuelan government is literally and intentionally starving its own citizens. 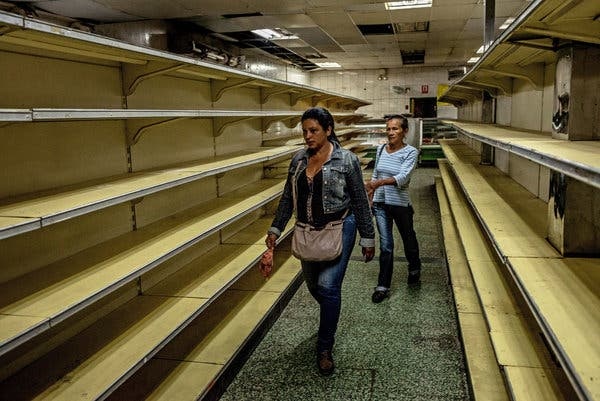 And also, just plain murdering them. Sometimes there’s kidnapping and then murdering. And maybe murdering their families too. Point, there’s a whole lot of killing. And abuse. And theft. And rape. And violence.

And soon it will be going into Year 4 of this chaos.
And there’s not a damn thing that the law-abiding people of Venezuela can do about it. 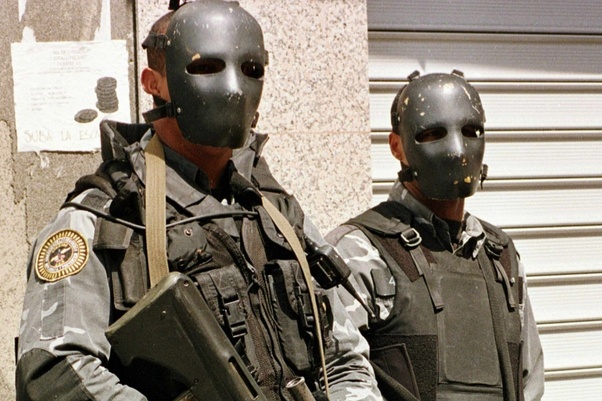 Except for the 10,000 or so people the death squads have killed.

A Venezuelan friend of mine in NYC took a month off of work last year to help his family flee to Spain. But there is always the risk that borders and travel are going to get locked down even further.

Venezuelans are angry. So, you end up with these mass protests. Where—surprise!—maybe several dozen people are going to be murdered by the military yet again. 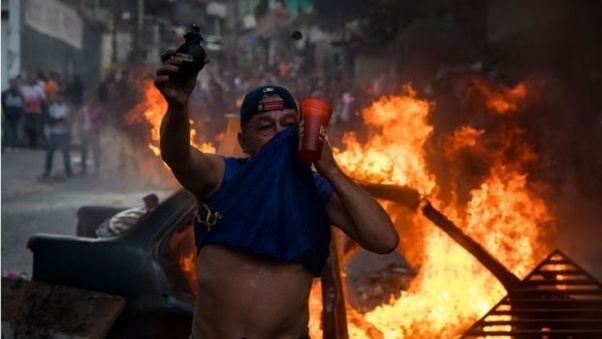 The people tried to “vote in” a new president, which failed. This led to a procedural disaster. Venezuela now has two people claiming to president. 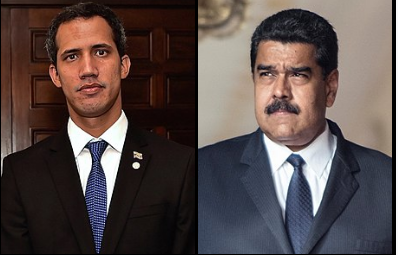 The president on the left has constitutional authority. But he has no guns and no armed supporters.

The president on the right has no lawful authority. But he has the guns and is still able to pay his armed military.

And there’s not a damn thing Venezuelans can do about it.

Now, I hate to link to Fox News. I really do. But the article actually puts the narrative together in a coherent way:

Venezuelans regret gun ban, ‘a declaration of war against an unarmed population’

And it is not just Venezuela. Hong Kong is boiling over… 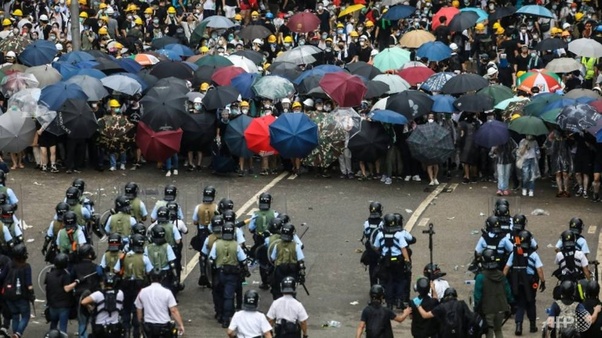 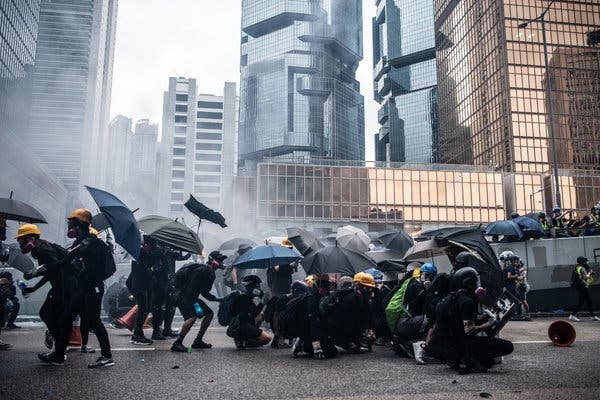 Okay. I lied. Here’s a fast version of an American History lesson.

The Second Amendment takes a very loooong view of history, and represents several centuries of the common man being ruled over by very armed, aggressive men. Who often deprived those common people of any means of self-defense. So, that they would be easier to control. And exploit.

This narrative cuts across cultures and continents through all of recorded human history.

The structure of political power in the United States involves a distribution of power across levels of government, branches of government, and restrictions on action. We do this because it creates a strong government, but one that can’t get too powerful, too quickly. Almost 250 years ago, the Founding Fathers had discovered “anti-fragility”.

The Second Amendment is very similar. The federal government was never meant to be in a position that it could “ban” weapons. That was not its purpose. Instead, the people, through their state and local governments, would have to regulate the use of weapons. If they wanted to. Many already did.

Someone asked a while back whether libertarians think the government wants to kill people. The answer is no, but yes.

Liberals and progressives tend to see society as inherently stable. And that we should disrupt any institution which appear problematic to their goals at this moment. Conservatives (and libertarians to some extent) know that societal stability can be lost rather easily.

Things can always get worse. Even America’s history shows we’ve taken some dark paths–and even worse ones were plotted, yet avoided. It only takes some people who think they have really good ideas and that everyone else must follow those ideas. And that forcing people to obey—at gunpoint—is an effective means of compliance. Usually, these people are a small number. But when government offices, and police departments, and military units are stacked with enough people who think this… once those people have political power, the die is cast.

Machiavelli wrote that being disarmed brings with it contempt and dominance by the person who is armed. And so it goes. Bit by bit. The rights and grievances of the unarmed people being ruled over become an annoyance. Until the people will not willingly submit. And it only takes a very few people in government who think that violence is a good solution. Then, we will repeat all of the lessons that our ancestors already learned for us.

When conservatives look at who pushes gun control, we see the following groups:

Conservatives look at this. And say, “Yes, you are dangerous. You have not learned from history. You are the reason the Second Amendment exists.”

Parts. Just because you’re not using a part, doesn’t mean it’s not useful.

This Second Amendment-part is there for a reason. Even if it got quite rusty during most of the 20th century.

If you believe in democratic-style government, where the power is ultimately vested in the people, you should believe in what Blackstone called a natural right of self-defense. It is the people’s ultimate safety switch when democracy goes off the rails. Not just politically, but also to protect the community, family, and home. 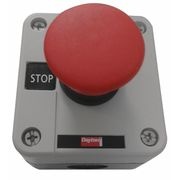